I finally got my Baking Bible in the post (mini yay required) and was so excited about baking from it that I made biscuits the same day for friends who were coming round for dinner.

I decided on the Lavender biscuits purely because it was the first recipe I saw in the book.  I also have fresh lavender growing in the garden and really wanted an excuse to use it.

So we were already off to a good start … Till I realised that bees really like lavender! I’m slightly scared of them and it was a terrifying experience trying to get enough lavender without them coming near me.  There was a lot of shrieking and running involved – definitely not a pretty sight.

I did manage it however and got enough to start on the biscuits. I whisked together the lavender and the butter and added the sugar.  The flour was stirred in and kneaded together with my hands. 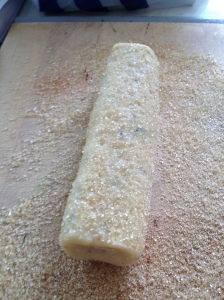 I then split the mixture in half and rolled out a sausage type shape that was roughly 15cm long (I know because I actually used a ruler!). Each of these were rolled around in the Demerara sugar and wrapped in foil and put in the fridge to harden. 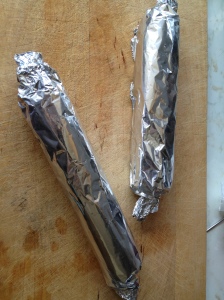 After about an hour, and two cups of tea later, I turned on the oven and brought out the biscuits.  As I unwrapped the foil I could already get a hint of lavender smell, which for some reason got me extremely excited, easily pleased person that I am!

I had to cut the sausage-shaped mixture into small slices and placed them on the baking tray and wacked them into the oven for 15 minutes. 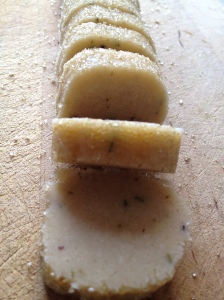 45 minutes later the biscuits were cooked.  Now I don’t blame Mary Berry for this, but actually I think my oven door wasn’t working very well and was letting out a lot of heat.

It was definitely worth the wait though.  I couldn’t wait much longer so sneakily ‘taste tested’ a biscuit while it was still hot, as in literally straight from the oven. So I had a burnt mouth too, but it was so worth it.  The biscuit is beautiful; there is no other word.  The hint of lavender works really well against the crispness and sweetness of the sugar. 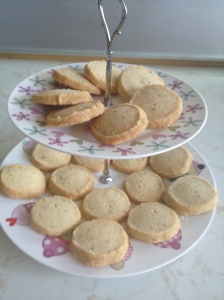 This will definitely be a staple part of my diet in the future. I don’t think I can live long without these in my life. A great start to the book.  Well done Mary Berry! 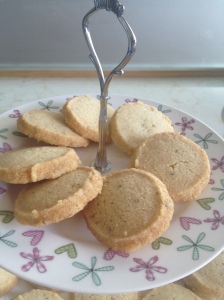 One thought on “Little Bites of Yumminess”