I’ve been on a bit of a baking slump at the moment, like a huge one. I have no idea why – I just haven’t felt like baking very much. But the Great British Bake Off started again and, in true GBBO style, it inspired me to start baking again.

Don’t get me wrong, I didn’t go straight into a really complicated recipe, but I did ease myself in with another baking first – shortbread. So I thought – who else to go to for a perfect recipe than the queen of baking herself, Mary Berry. 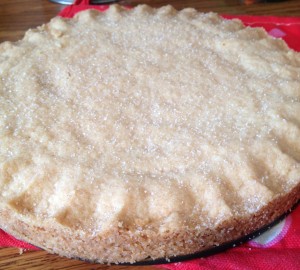 I used corn flour instead of semolina as, quite frankly, I have no idea what semolina is, and made 3 batches of shortbread: 2 normal, and one with lemon zest.

I’ve always been a bit hesitant to make shortbread but was really pleasantly surprised at how easy it was to make. It was as simple as making the dough, squishing it into a tin, pricking it with a fork and sprinkling Demerara sugar on top before putting it in the oven. 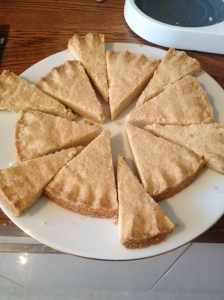 My family demolished the first batch of plain shortbread after dinner – they decided they needed a piece with each cup of tea, which is fair enough… if they were a normally family and had only one cup of tea. But we’re Iranian, which means that we need at least 3 cups of tea after dinner, after any meal in fact, sometimes before meals too. So the first batch disappeared, and also half of the lemon batch.

I managed to save the remaining half of the lemon batch and the second plain batch to take to work the next day.  These too disappeared in very much the same manner. 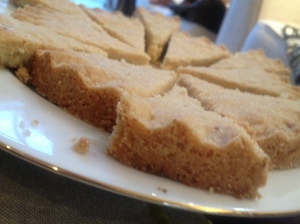 I think I can safely say this a fool-proof base recipe for shortbread, you can add pretty much whatever you want to it and it’ll still taste amazing. I’ll definitely be experimenting with this recipe and trying a lot more different types of shortbread.

6 thoughts on “The Very Best of Mary Berry’s Shortbread”